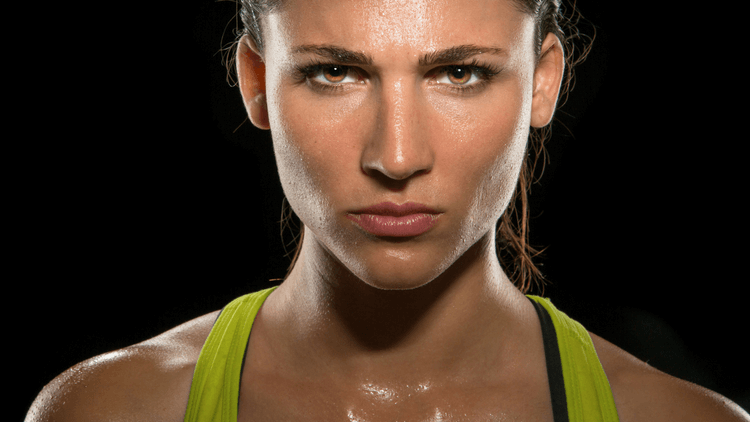 Have you ever walked into the gym and see a gargantuan man pulling a bar from the floor that looks like a bent palm tree in a hurricane? Obviously he’s either a powerlifter or a bodybuilder.

It’s a good feeling when you can hoist weights of that magnitude. Women get the same feeling from this sport, but they approach the situation a little differently when it comes to working out.

If you’re one such woman looking to get on stage, it’s good to know what you might be in for in the weight room.

This is actually a two-parter. The physical size of a female bodybuilder is different from that of a man. Well, in most cases it is. She’ll probably not be as tall or as naturally bulky. This can actually be to your advantage if you’re female.

With shorter limbs, you don’t have to move weights as far. This is most obvious with lifts like bench presses, squats, and curls. The advantage here is that you can lift heavier weights relative to your dimensions. The end result is that you can get bigger in a faster time frame.

The other side of size that needs to be addressed is the actual size of the weights you’ll be hoisting. Men are naturally stronger. They have more muscle mass, so they can get away with handling more sizable poundages. If you’re a woman, you probably won’t be able to go as heavy. At least, not when you first start out.

It’s still not out of the question for you to lift some heavy iron, but it’ll take you a bit longer to build yourself up to that level.

Perhaps the biggest difference you’ll see between the two sexes is in the upper body. Have you ever seen a woman do a push-up? Chances are, she struggled to do even one with good form. That’s not a sexist comment, either. It’s a fact, because women have weaker upper bodies.

This translates into workouts where upper body exercises are being performed. Women won’t be able to lift as much weight, so they’ll have to turn their efforts up a notch or two. Again, this doesn’t mean that they can’t get swole and defined. They just have to apply more pressure on the gas pedal.

Men naturally produce a high amount of testosterone and growth hormone. This is why they’re predisposed to carry more natural muscle. And it’s also why they can lift heavier weights and get bulked up faster than women.

But this doesn’t leave women in the dust. They change the game by the way they work out, and this is very important.

If you’re female, when you do your workouts it’s better to take short rest breaks and focus on interval-type training where the intensity is elevated. High bursts of effort followed by short rest breaks naturally boost growth hormone and testosterone.

If you follow this in your weight training protocols and with cardio, you can get a very positive effect. This will level the playing field a bit and you won’t have to feel as though you’re on a fool’s errand with your training.

In the big picture, there are only a few subtle differences in working out when it comes to males and females. As long as you’re dedicated to your craft and train hard, you can achieve success no matter what sex you are!