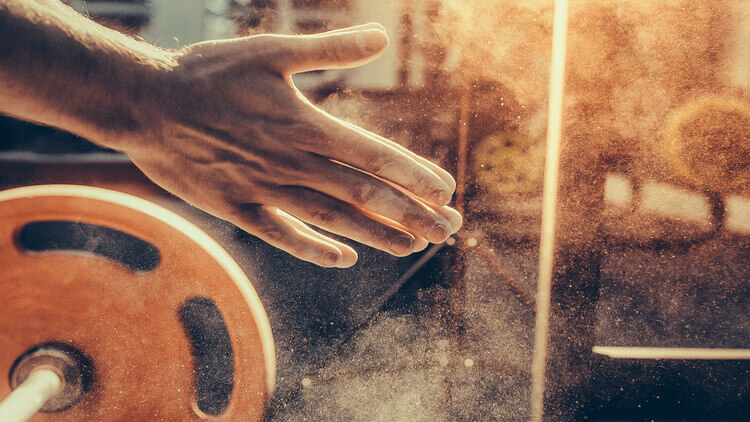 For guys and girls looking to get serious about building muscle and strength, it can be incredibly overwhelming to find the method that works best. The two most common schools of thought for muscle and strength are powerlifting and bodybuilding.

Naturally, depending on who you chat with, you’re going to get a biased review of which one works best to get big and strong. While these two ways of lifting have a few similarities, they couldn’t be more different in their approach.

Let’s explore the difference between bodybuilding and powerlifting to see which one will work best for your goals.

As mentioned above, bodybuilding and powerlifting aren’t completely in opposition to each other. Here are a few similarities to consider:

Intense Lifting Schedule: Both powerlifting and bodybuilding require your presence in the weight room several days per week. In powerlifting, you’ll need to practice the big three – squats, deadlifts, and bench press – at least three times per week. With bodybuilding, depending on your muscle group split, you may need to dedicate one day per muscle. Either way, your gym will feel like your second home.

Intrinsic Motivation: On that same note, both powerlifting and bodybuilding require sacrifice and an intense amount of intrinsic motivation and discipline. No one looks like Ronnie Coleman or Hafþór Júlíus Björnsson (The Mountain from Game of Thrones) without complete dedication.

Importance of Recovery: Powerlifters and bodybuilders put their bodies through a lot of punishment, and both treat their recovery as seriously as they do their training. Eating healthy, sleeping for at least eight hours, and taking the proper supplements is all part of the game for both powerlifting and bodybuilding.

Now let’s chat about the major difference between bodybuilding and powerlifting to see if one is more likely to be better suited for you.

Diet: Bodybuilders have a very strict diet. Traditional bulking and cutting seasons demand a big jump in caloric intake followed by a sudden and sharp drop. Powerlifters, on the other hand, are all about maxing out their caloric intake year-round. There’s no need to show off a six-pack; it’s all about strength.

Lifting Methodology In general, the typical bodybuilding program uses lighter weights for a moderate amount of sets and repetitions. Powerlifters tend to use heavy weights for more sets with fewer repetitions. That’s the elevator pitch of both programs, but it involves more than that. Here’s the breakdown of both types of lifting:

Goal: Finally, the most obvious difference between powerlifting and bodybuilding is the ultimate goal: Powerlifters want to max out their personal bests (the amount they can lift) in squatting, deadlifting, and bench pressing. Bodybuilders want to emphasize the size and appearance of their muscle mass.

Injury Risk: Studies suggest that injuries among powerlifters are more prevalent than with bodybuilders. That’s not to say that bodybuilding is completely safe – There is no type of weightlifting that is risk-free – but powerlifters tend to have more injuries. This is most likely due to the immense amount of weight that is used by powerlifters. Bodybuilders need to fatigue the muscle in order to trigger hypertrophy, and this can be done with much lighter weights.

Benefits of Powerlifting vs. Bodybuilding

Another important factor that should play a part in your decision is how each type of lifting will benefit you. Here are the benefits of powerlifting vs. bodybuilding.

Functional Strength: When you squat, deadlift, and bench press, you may not realize it at first, but you’re developing functional strength or a type of strength that you can use in the real world. For example, learning how to deadlift can help you to perform movements that require hinging at the hips such as picking up things from the ground.

Shows You What You’re Made Of: Powerlifters are tough. In order to move those weight plates, you have to be. If you want to see what you’re made of, powerlifting can help to increase your tolerance to negative thinking, pain, and soreness.

Cardiovascular Health: By increasing the amount of lean muscle tissue you have along with staying dedicated to cardiovascular exercise, bodybuilders have fantastic heart health. This will decrease your risk for issues such as high cholesterol and heart disease. You’ll also have low body fat, which can help tremendously with cardiovascular health.

Aesthetics: In short, you’ll look amazing. Building that level of muscle and dropping your body fat to single digits is going to turn heads no matter where you go.

Bodybuilding vs. Powerlifting: Friends or Foes?

In general, bodybuilders and powerlifters have no issue with one another. Both are chasing after an extremely difficult fitness goal and that commands respect from both sides.

However, if the two sides start to debate the superiority of their sport, this is where trouble can come into the picture. The biggest issue that bodybuilders and powerlifters have with one another is the debate about the functionality of their respective lifting methodologies.

Bodybuilders might claim that powerlifters are overweight three-trick ponies since they only perform three exercises. While powerlifters might say that bodybuilders have a lot of useless muscle that does nothing but look good.

Bodybuilding vs. Powerlifting: Which Should You Choose?

As we saw above, both bodybuilding and powerlifting have their merits and differences. Which one you should choose comes down to what you want to achieve:

If you love the idea of being able to dramatically improve your strength levels and don’t care much for aesthetics, then go with powerlifting. On the other hand, if you want to sculpt your body to the point of looking like a statue cut from marble, and you don’t care about maxing out your strength, then choose bodybuilding.

If you want a combination of both muscle and strength – not too much of either – then we would recommend using a powerlifting bodybuilding program. This type of workout would feature a rotating schedule of both types of acute variables: higher reps with lower weight and lower reps