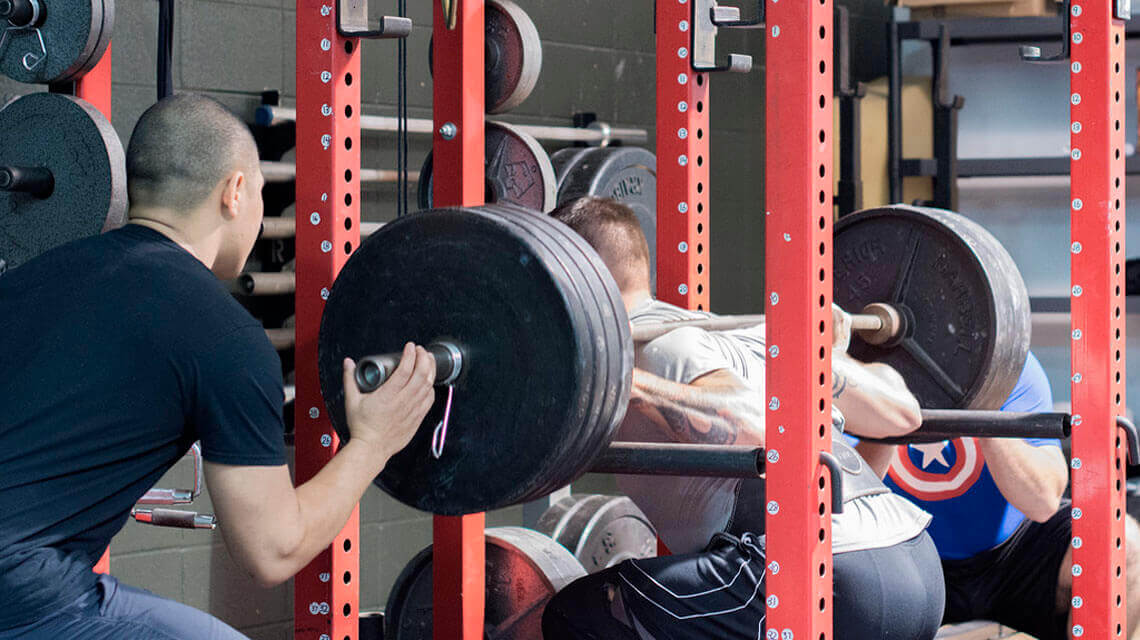 The squat is probably the most popular and widely known exercise after bench press.

It is firmly recommended that if you train naturally, without any serious health conditions and you are of average height you should squat.

Squatting is one of the most effective strength exercises in terms of gaining muscle mass. The movement is polyarticular; it involves a large number of large and small muscles. Almost all the muscles of the lower body are included in the work when performing the exercise.

Different types of movement shift the stress on different muscle groups. Classical squats with a barbell on the shoulders involve, in the first place, quadriceps, synergists (muscles that help in movement) act as large gluteus muscles, which cause thigh muscles, as well as soleus muscles. Stabilizers are the biceps of the thigh, as well as the calf muscles. Also, the load falls on the abdominal muscles, extensors of the back and some other small groups of the legs and torso.

There are three types of squat depth:

Both partial and deep squats are dangerous even if you follow the right technique. Many Methodists of power sports do not recommend the use of them in training sessions.

What about the most traumatic one – deep squat – it is believed that such squats are more traumatic than regular ones since they create a large bending moment at the knee joints. In addition, a deep squat makes a big load on the gluteal muscles. Since overdeveloped buttocks contradict the aesthetics of bodybuilding, bodybuilders rarely use this exercise in their workouts. Among the athletes of power disciplines, the deep squat is used mainly by weight-lifters.

Many gym-goers insist on the conception that squatting deep develops your legs two times faster. But maybe the case they are talking about concerns mainly genetically gifted athletes and ones with steel joints and knees.
It turns out that the most efficient way to squat is to do it till parallel with the floor. However, still, only a few gym amateurs can perform it right. The cause hides among three problems – lack of mobility, lack of technique, or lack of stability.

Often when you are already an experienced athlete who follows ideal technique with excellent balance with the barbell you still can’t reach even the parallel without involving your backside.

What’s the matter? The matter was left far ago with the problem #1 – lack of mobility. Growing muscles implies great body changes, so you become not so flexible as you used to be. In this case, there are two ways: to take up strength training or to squat till you can do it with proper technique. Otherwise, you’ll be growing everything apart from legs.

Truthfully a lot of athletes aren’t flexible enough to reach parallel with the floor, but their quadriceps are the ones to admire.

Many athletes squat incorrectly by overemphasizing their quads at the expense of the hip hinge, bringing their knees together as they descend, and aligning the knees over the toes. Poor squatting biomechanics increase the risk of spinal injury and decrease the benefit of the lift.

Lindsay Slater and Joseph Hart from the University of Virginia found that poor squat biomechanics increased activation of the hamstrings and calf muscles at the expense of the glutes and quads.

Learn proper squatting biomechanics before you add weight. The bad squat technique will put abnormal stress on your back, hips, knees, and ankles, and will compromise the benefits of the lift.